Funkar – The Artist Within, an NYC 10 initiative presented by NYC Dance Week

Presented as part of the 2019 NYC Dance Week festival, Funkar – The Artist Within, was a unique performance experience where 9 emerging dance companies/groups/troupes were given up to 10 minutes to showcase their new work. The audience members all provided their feedback on each work. Professional Dancer, Claire Ketner, provided each company with a more in-depth review of their choreography and performance, which are included in this article.

Funkar was founded and curated by Pooja Uberoi and produced by Aileen Malogan. NYC Dance Week founded by Tasha Norman.

NYC is home to entertainment and dance of every culture, yet it is rare to see them presented on one stage. Funkar – The Artist Within was held at Dixon Place in NYC — the only venue that could hold and join such a wide variety of dance forms into cohesion and ultimately an intimate celebration. I was impressed by the quality and variety of the program as it was presented.

There is great value in gathering dance forms that stem from the varied experiences of different cultures. To put them together is to affirm the value of each form, each dance tradition, and the experience and creative power of each individual. The performance was profound because it drew diverse genres, diverse experiences, and diverse bodies together. Furthermore, the program made space for varying emotional states–confusion, sadness, grief, loneliness, and joy were all portrayed on stage and thus validated in the room. I commend the choreographers, performers, and perhaps most of all the curators for creating a compelling evening.

The only shortcomings from my vantage were minor. Reading the playbill against the feedback sheet given to the audience proved slightly frustrating as the order did not match. Perhaps an extra 30 seconds of time in between dances to jot feedback, read the playbill, and resettle could be appreciated by the thoughtful audience.

The pronunciation of the performer’s arms and hands did well to represent the chaos and uncertainty of her world. Her gaze stayed apart from her arms until one moment when her facial awareness awoke to her arms and hands. This moment of focus change was not terribly distinct. Being precise in nature in footwork, arm movement, and focus otherwise, I searched for a precise moment when the performer became distinctly aware of the chaotic rhythms of her arms. The ending of the piece in the rhythmic, mesmerizing, traditional South Indian dance forms provides a  suggestive not definitive idea that a sense of grounding occurs in the familiar and familial.

I’m continually relieved by non-binary partnering that actually explores where and how humans carry weight–their own weight and that of another. There is struggle present in the contact and partnering of this piece. Such struggle adds a complex layer to the reality of embodying a narrative, particularly when the narrative is describing a struggle or something difficult. Tight spirals play against strong linear movements; the pairing strengthening the quality of both. With every inch of the space being touched by the 5 dancers, they can be just as easily imagined occurring on a far bigger stage. I was intrigued by the separateness of the trio and the duo and their lack of interaction, something the piece in longer length would (I hope) certainly address.

Self-proclaimed and unashamedly self-indulgent. The confidence and willingness of the performers to give them over so fully were admirable. I only wonder why the whole ensemble isn’t wearing crown braids?

Flakiness in the City

The movement of Flakiness in the City is so authentic to each performer that in reality very little else matters. The narrative of finding a true, lasting tribe, which strikes a familiar tender chord is driven chiefly by the lone performers’ mastery of focus and facial expression and enhanced by gestural movements. All I want in this dance is to watch the mastery each performer has over their body. The suppleness of the dancers is supported by the socks, it is difficult to tell where the floor ends and the dancer begins as they pass in and out of the floor. There is very little breath in the dance, something I only realized after the dance. I didn’t miss it in the slightest.

The formality of the piece is softened with slides and pronounced movement of the hips despite the female performers being clad in pointe shoes. The ending moment of unison is lovely in the way sparse moments of unison can be. The innovation of the traditional was formed was appreciated but I remain unsatisfied by few phrases the lone male dancer actually dances in. His presence until the final unison moment is to maneuver the female dancers into the air and over his head. Though the partnering is lovely, there is space and room for more than a display of male musculature and strength.

The details of the dance–the lighting, the costumes, the hairstyle set the stage for a work that presented an image of the haunting nature of loss and yearning. The dancers followed the rhythm, the wording, and the pronunciation of the sound score. The movement was filled with repetition, unique partnering, and a continuous connection. The gaze of the couple was decidedly not upon each other, it was instead a physical connection between the pair.  That the sound score and the choreography, though both strong and able to stand alone did not compete but worked together elevated the piece.

As an audience member less familiar with Kathak, I was utterly intrigued and delighted by the spinning and intricate footwork executed with no strain on the upper body. The softness and strength she embodied simultaneously were suggestive of giving into the feminine with the addition of strength to subvert the expectations placed on her. The dance begins as a love story, yet departs from it quickly. Besides the performers’ mastery of her dance form, I was most delighted with the lighting choices that were made throughout the piece.

Incredible technique and exceptional performance from the three dancers. I found myself trying to absorb the intricacies of the technique and choreography but giving up quickly to absorb the rhythmic mastery of the dancers instead. There was drama; the tearing away of the skirts and an evident storyline and just enough of it to enhance the energy and movement without overpowering it the performers themselves. This dance I could have watched for far longer than 10 minutes.

Claire Ketner, School Administrator, is an arts administrator and dancer from Winston-Salem, NC. She is a recent graduate of Salem College where she received a B. A. in Dance and English. She has worked with many local North Carolina artists and her work has been shown at the American College Dance Association regional conference. She currently works with Brooklyn Ballet. 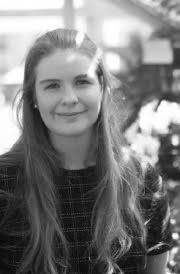