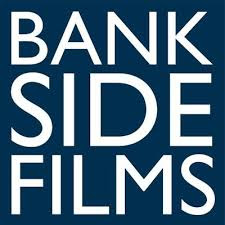 BANKSIDE FILMS is pleased to announce its acquisition of JELLYFISH which will have its world premiere screening in the View Points section at the forthcoming Tribeca Film Festival in New York.

Directed by National Film and Television School graduate, James Gardner, from a script which he co-wrote with Simon Lord, JELLYFISH tells the story of a teenage carer who discovers a hidden talent for stand-up comedy. James Gardner’s previous work includes short films Barry Glitter and Ferris and The Fancy Pigeon.

Between being bullied at school, put upon by her overbearing boss at the local amusement arcade and having to look after her younger brother, sister and emotionally unstable mother, life isn’t easy for Sarah Taylor. However, when Sarah’s drama teacher channels her ferocious and volatile energies into a stand-up comedy routine for the graduation showcase, Sarah discovers that she may have a hidden talent. As her love for comedy grows and the showcase draws nearer, the delicate balance in her life becomes increasingly difficult to maintain. Little by little the walls start to close in, ultimately forcing her to choose between her responsibilities as a carer and her newfound passion for comedy.

JELLYFISH stars newcomer, Liv Hill (The Little Stranger) who delivers a mesmerizing performance as Sarah which is bound to announce her as one of the UK’s most exciting new talents. Additional cast includes Sinead Matthew (Mr. Turner) and BAFTA award nominee, Cyril Nri (Cucumber).

James Gardner, the director, said “Little films can do big things and little films matter. Since finding us on the Edinburgh works-in-progress lab last year, the team at Bankside have shown nothing but unrelenting enthusiasm for Jellyfish, respecting the integrity of my vision for the film, while enabling it to find its biggest possible audience. To be working with such a well-respected sales company on my first feature film, and for it to be premiering at Tribeca, still feels a bit surreal, but I’m thrilled it’s happening and I look forward to continuing to develop our relationship with my next feature-film projects.”

Stephen Kelliher, Director at Bankside Films, added, “We were blown away by James Gardner’s intensely moving debut feature which announces him as compelling new voice in British cinema as well as introducing a super star in the making in Liv Hill. The film speaks directly to the times in which we live and we are thrilled to be introducing the film to the world at the forthcoming Tribeca Film Festival.”

Based in London, Bankside Films is leading international sales and production company which can also access production finance through its sister company Head Gear Films. The company seeks to produce, finance and distribute distinctive films of quality for release in all media. The company has worked on films such as Amma Asante’s BELLE, FREEHELD with Julianne Moore and Ellen Page, Peter Chelsom’s HECTOR & THE SEARCH FOR HAPPINESS, John Michael McDonagh’s WAR ON EVERYONE and Yolanda Ramke and Ben Howling’s CARGO which will be distributed worldwide by Netflix. Current projects include UNTITLED REED MORANO PROJECT to be directed by Reed Morano, starring Jeff Bridges and Diane Lane and A KID LIKE JAKE starring Claire Danes, Jim Parsons, Octavia Spencer and Priyanka Chopra, directed by Silas Howard, haunting ghost story IN FABRIC by Peter Strickland, THE HOLD IN THE GROUND, the debut feature from Irish director, Lee Cronin, and PAPI CHULO starring Matt Bomer, directed by John Butler.